ONE long-standing problem of coloured contact lenses is that some users could not achieve the intended lens colour because their natural eye colour could still be seen through the tinted lens.

However, modern technology in the production of coloured contact lenses has enabled companies to produce better opaque tint lenses to solve this problem.

Maxvue Vision Sdn Bhd’s use of proprietary colour printing methods to produce the ColourVue Lumina range was what earned it the Silver for Best Innovation at the Star Outstanding Business Awards 2017.

According to Maxvue Vision founder and chief executive officer Selvam Kanniah, the printing method that was used to produce Lumina lenses – which it had not even given a name to – was developed through its research after a long period of trial and error. Stringent quality checks are maintained by Maxvue Vision to ensure its contact lenses are free from defects and up to standard.

“The print and colour metrics are very fine so they blends well with the natural eye colour,” said Selvam, adding that its silicone printing pads were reformulated to be firmer so the fine print would not smudge.

According to Selvam, it took Maxvue Vision and its partners two years to develop the Lumina lenses.

“Our objective was very simple – we wanted to create a very natural and real coloured eye effect,” he said, adding that the Lumina lenses tend to be most popular among Middle Eastern women who liked the vivid and bright colours. Its popularity among local Malay women appears to be growing as well.

Although Maxvue Vision faced stiff competition due to a saturation of the contact lens market in Malaysia, marketing Lumina as a quality premium product enabled it to go against the price war.

Maxvue Vision was founded in 2004 by Selvam and his wife Viji Ramasamy Pillai who ventured into the business in a rather unexpected manner. Viji, who used to work in sales for a perfume company in Singapore, came across their first business opportunity when a foreign customer asked if she knew where to source for branded contact lenses.

After she left that job, she started looking into the contact lens market and found suppliers as well as potential buyers.

Their first buyer, a Japanese, took interest in their little enterprise – even before the enterprise officially began.

The buyer came to meet them at a temporary office and by the end of the discussion, the buyer unexpectedly pulled out a contract for them to sign and placed his first order.

With orders picking up after their first success, Selvam eventually left his engineering job to focus on building Maxvue Vision with his wife. Maxvue Vision was founded in 2004 by Selvam and his wife Viji.(pic)

The company started out selling contact lenses through distributors in different countries but has since grown its network to establish its brand presence in more than 60 countries worldwide today.

Maxvue Vision moved from its early operations of sourcing for contact lenses through suppliers to designing and producing its own lenses in order to have more control over the brand.

The company is currently making plans to increase its production output through automation but is still in the midst of sorting out workflow details.

Selvam realised the company could not run on a fully automated printing process because Maxvue Vision produces a wide variety of coloured contact lens designs.

“The fully automated process is good for producing clear lenses but for coloured lenses, we would have to stop and restart the process when changing lens colours or power,” he said.

Clear lenses are produced in much larger volumes compared to coloured lenses and the amount of downtime accumulated from having to stop the process and change colours would cost them dearly in terms of productivity. 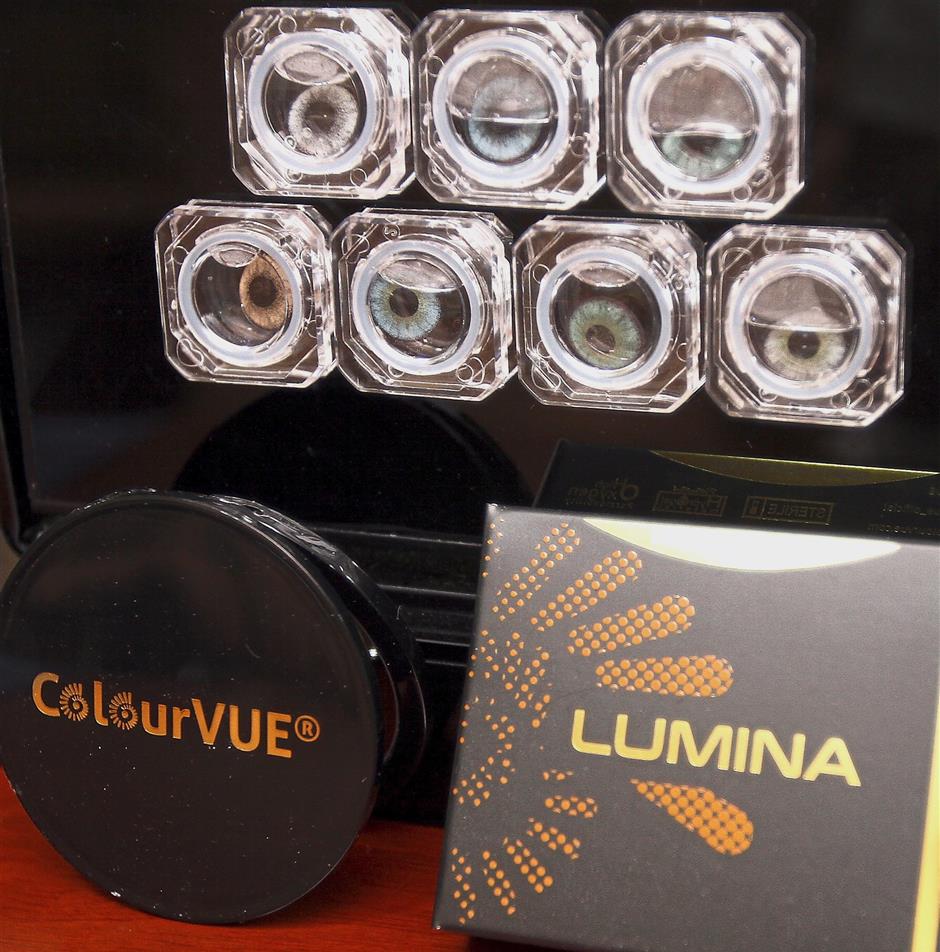 The solution the company is working on would entail separating the colour printing operation from the cast moulding operation in a semiautomatic process.

“The cast moulding will run continuously while the colour printing is done separately. The new system will be a lot more efficient for us,” he said.

With the three new machines the company is getting, one machine will run cast moulding continuously while the others will be used for semi-automated colour printing.

“This also allows us to have better quality control. The person monitoring the machine can easily stop the process whenever there is a defect,” Selvam added.

He said the new production process is expected to increase production yield nearly threefold, from over 10,000 lenses a day to around 30,000. “Customers can now log in to this online system and place their orders instead of calling and faxing,” he said, adding that this would cut down on the work required of its staff, making the process easier and faster.

A mobile app is also being developed to make it even more convenient for customers to place orders.

“This, together with automated production, will play a big role in increasing productivity.

“The number of accounts and products are always increasing so we need to prepare for that,” said Selvam.

ColourVUE and Max hydrosoft got MOH approval of RUSSIAN GOVERNMENT